Located between Golders Green in the south and East Finchley in the north, Hampstead Garden Suburb is a historic housing development - based on the Garden City model – that offers a tranquil escape from the pace of city life.

The vision for the area was conceived over 100 years ago by social reformer Dame Henrietta Barnett, and the suburb - complete with schools, synagogue, churches and open green spaces - was constructed so Londoners of all classes could live together in a peaceful environment just a few miles from the city centre.

However the radical design (which provided more land for open green spaces than for the building of roads) directly contravened local by-laws, so permission to build the suburb was only granted after a private bill was put before parliament.

Hampstead Garden Suburb is characterised by its wide, leafy avenues and a magnificent central square designed by Sir Edward Lutyens. This unique development even has its own open-air theatre!

Over the years, the suburb has become a bit of a celebrity enclave.  Jonathan Ross, Richard Madeley and Judy Finnigan are amongst many high profile residents who have fallen for the area’s gentle, leafy charms.

The Garden Suburb is protected by The Hampstead Garden Suburb Trust, which maintains its open spaces and preserves the character of the attractive red brick buildings, most of which have been designed in the Arts and Crafts style. Although some new multi-million pound properties have sprung up in and around Winnington Road, the heart of the suburb still looks very much as it did when it was originally built.

In the 1930s the suburb expanded to the north of the A1 and the postcode now falls between NW11 and N2, but the postcode variation has little effect on prices.

The Dame Henrietta Barnett School, one of the country’s top-rated state run girls schools, is located in Hampstead Garden Suburb’s Central Square.  Additionally parents can choose from a wide range of private or state-run schools in the Golders Green area, many of which are rated as top-performing schools.

Why live in Hampstead Garden Suburb? 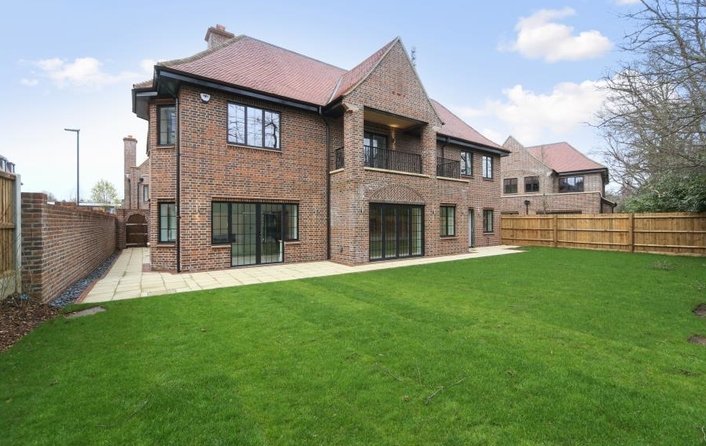