The magnificent, cream-coloured stucco properties in Maida Vale may exude a typically Victorian air of affluence, self-satisfaction and solidity, but this belies the area’s energy and drive.  Maida Vale’s true personality bubbles up in streets such as Clifton Road, Elgin Avenue and Formosa Street, where residents come to shop, eat and drink in the quirky independent retail outlets, restaurants, bars and pubs.

Situated between Paddington, St Johns Wood and Kilburn, Maida Vale is home to young professionals, families and successful celebrities, including a roll-call of well-known musicians.  But Maida Vale is not just famous for its high profile residents.  North west London’s canal network runs through here and at the junction of Paddington Basin and Regent’s Canal you’ll find a magical spot known as Little Venice – a busy waterway crowded with picturesque old canal boats.

Like many London districts, Maida Vale took its name from a pub.  Built at the time of the Napoleonic Wars, this hostelry was christened to celebrate the hero responsible for a British victory against the French at the Battle of Maida.

However the area suffered in the aftermath of the Second World War, when many of its substantial houses were split up into bedsits: as a consequence Maida Vale became run down and neglected.  In the 1970s the Church Commissioners who owned the land made efforts to redevelop these properties into spacious family flats and these were eventually sold on to more affluent private buyers.

Approximately 85% of Maida Vale’s impressive residential properties are flats: either spacious period house conversions or purpose built mansion blocks.  The availability of family houses is therefore more limited, although you’ll find some two and three bedroom mews houses tucked away behind the grander mansions.  There are also some new developments including Admiral’s Walk on the canal, south of Harrow Road.

This area has more than its fair share of state schools judged ‘Good’ or ‘Outstanding’ by Ofsted and there are some successful private schools in W9 and the neighbouring districts.

Why live in Maida Vale?

Getting out and about in Maida Vale

Maida Vale tube station is on the Bakerloo line, just eight stops from Oxford Circus.  The area is well served by buses including the 16, 46, 98 and 332. The A5 runs through Maida Vale direct to the West End or branches off to join the A404 for west London or the A501 towards the city. 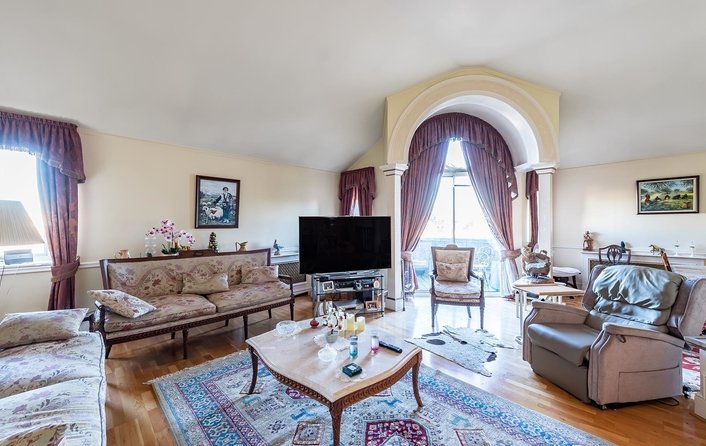